To complete registration through our secure site, please have your Visa, MasterCard, Discover or checking account information available.  Following the completion of this registration, you will see a charge on your account from St. Louis Park Lax.

Please reach out at any point in time if you have questions about the registration, our program, or the sport in general. Can direct any questions to:

2023 marks the St. Louis Park Lacrosse Association's 16th season overall. We were formed to support the development of lacrosse skills for the youth living in or attending school in the City of St Louis Park.  In addition, we welcome eligible youth from surrounding communities to join players from St. Louis Park.

We operate with no funding from the school district.

Spring season will run April  thru May.

-- The spring season will consist of practices, scrimmages and at least 6 games.

--  The spring season will start with practices Thursday April 13th on the St. Louis Park Recreational Outdoor Center (ROC) @ 5:30 PM and will end at 7pm.  We anticipate moving practices to the St. Louis Park Middle School fields when they dry out in early May.  This is subject to change due to availability of the SLP ROC, early season weather conditions and may be subject to change between Spring and Summer seasons.

--Usually games for the Spring season are played the weekends, however scrimmages and exhibition matches may be scheduled during the weekdays.  Home games are played at the St Louis Park Middle School.

Summer season will run from June through July.

-- The summer season will consist of practices, scrimmages, games, a likely mid-season tournament and a season ending tournament.

-- Games will be primarily held on weekday evenings.  The goal is to avoid Saturday regular season games.  They will only be scheduled if absolutely required. Home games will be played at the St Louis Park Middle School.

-- The optional mid-season summer tournament will be dependent on player availability.

All practice and game days and timing are subject to change. 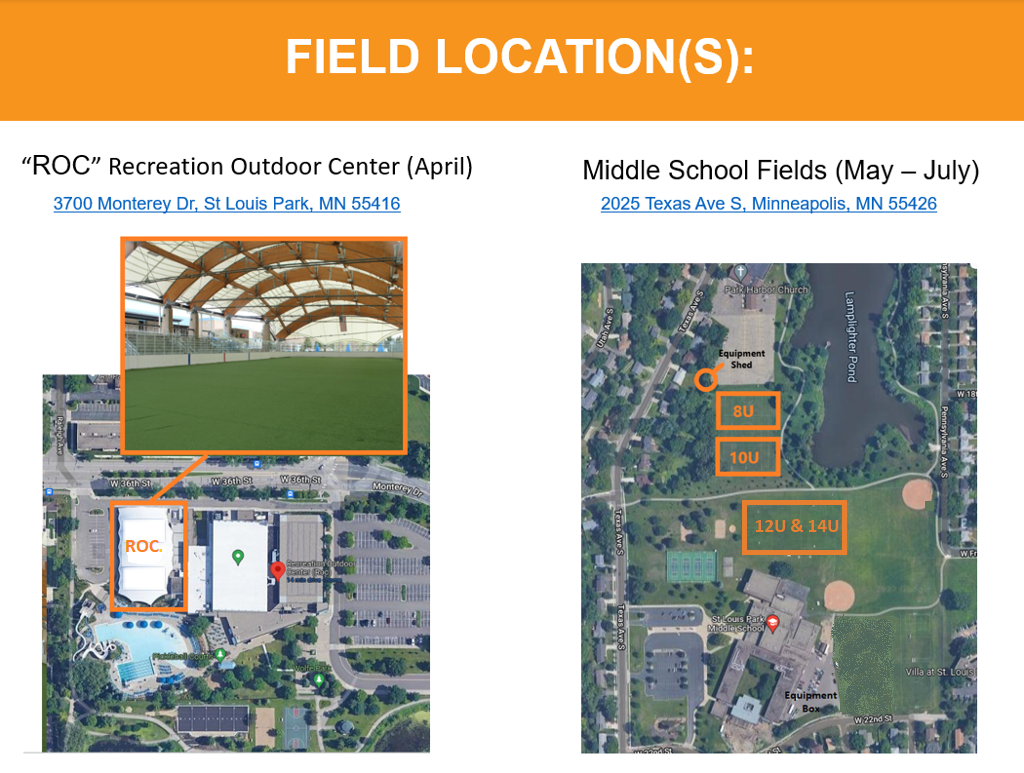 Boys must be equipped with:

SLP Lacrosse Association has a LIMITED amount of rental equipment in most sizes available for $75/for the Spring & Summer season. 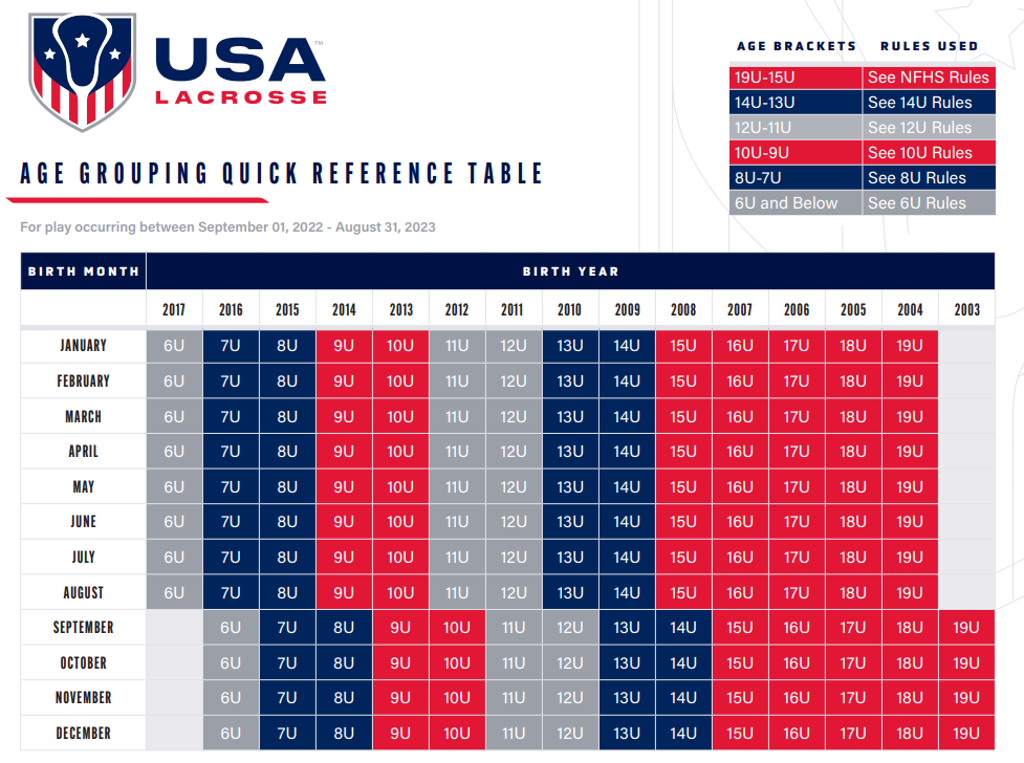 Parents/Guardians registering their players must also create a SportsEngine in order to log in.  Most association communication will be driven through the SportsEngine website and app.

One of our main objectives is to keep the cost of playing lacrosse low and the sport accessible. Each year, we do research to compare various athletic programs in the area make sure lacrosse is one of the most affordable offerings.  We also strive to be transparent and upfront about all costs involved throughout the season and at each age level so families can make an informed decision before registering. Please see detailed table below as well as explanation of all costs.

Registration Fees (varied by age see above chart) - This covers the cost of the coaches, fields, equipment, uniforms, referees, league & tournament fees, marketing and other general administrative expenses associated with running the organization. A discount is provided if your player registers for both spring and summer seasons.

Fundraising ($140 fee only for families that don't complete fundraising) - In an effort to keep the sport affordable for all players—while avoiding concession sales and mandatory parent volunteering—players are required to participate in an annual fundraiser for the association which kicks off end of May. Each player is responsible for selling 7 x $20 coupon cards ($140) during the season. The commitment is 7 cards if you play one season (either spring or summer) or both.  Players only participate once per year, even if registered for multiple seasons.

USA Lacrosse Membership ($30) - All players are required to join USA Lacrosse before registering with St. Louis Park Lacrosse Association. There is a $30 annual fee that covers insurance and administrative expenses required to operate the national governing body of the sport.

Uniforms ($30-$70 sliding scale) - Your player will be provided with a reversible jersey, shorts and a shooter's shirt which is theirs to keep after the season is over.

Select an option to continue with the registration.